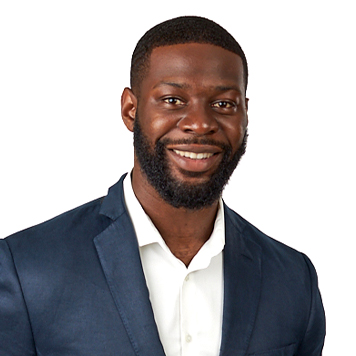 The youngest of six children of poor Liberian immigrants, and the only boy, Dasarte Yarnway, 29, grew up in a crime-infested San Francisco housing project. His father died when he was 12. Fortunately, he loved football — “which was like therapy for me and took the stress off my mom.” Yarnway became only the second high school SuperPrep All-American from San Francisco (the first was O.J. Simpson). With offers from 50 colleges, he chose the academically rigorous University of California at Berkeley. Three surgeries ended his football dreams, making him even more determined to “be something.”

After a job at Fisher Investments, where he learned marketing and “how to talk to affluent people,” and stints at Edward Jones and HSBC Wealth Management, he decided to go out on his own as an RIA in 2015, forming Berknell (an amalgam of Berkeley and Cornell, the alma mater of a partner who has since exited). While college friends provided a business base, competing as a young black man in a largely white and older advice universe led Yarnway to market through content — three books, blogs and podcasts. “They help potential clients feel like they know me.”