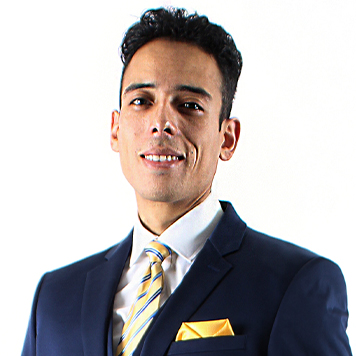 For some, it’s easy to say “life is good, and the best is yet to come.” But when expressed by Diego Verdugo, 30, that perspective indicates a person of unusual determination and generosity of spirit. Growing up in Arizona as the child of Mexican immigrants, Verdugo was diagnosed with a genetic antibody deficiency requiring monthly transfusions to stave off infections. Still, he studied hard and received “almost a full ride” to Cornell College, a small liberal arts school in Mt. Vernon, Iowa. “It was a bit of a culture shock,” said Verdugo, who arrived alone, with $60 in his pocket and some food packed by his mother.

His scholarship had come from Iowa-based Principal, which chose him and one other 2012 graduate out of 500 applicants for a trainee program that ultimately led to his current position advising financial consultants on retirement, tax, education planning and estate issues. After surgery for stomach cancer in 2016, Verdugo moved back to Arizona where he serves as leader of the corporate affairs team for the Phoenix chapter of the Association of Latino Professionals for America and teaches financial literacy as a volunteer director of Junior Achievement, all while studying for his CFP designation and spending time with his young daughter. “There’s so much I want to do and accomplish, and so many people I want to help.”