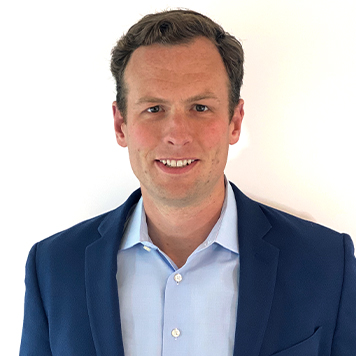 Exchange-traded funds have been the focus of Matt Goulet’s entire career. While no one in his family was involved in financial services, the Boston-area native and University of Notre Dame graduate knew he wanted to work in the field. A friend’s father, who was with State Street Corp., suggested he apply for a job there. From 2006 to 2010, Goulet filled product and sales roles in the firm’s ETF unit, and then moved to San Francisco for a position in BlackRock’s ETF business. Recruited by Fidelity in 2012 to work on sector investing from Denver, Goulet, 36, was transferred back home in 2017 to develop new ETF products. He now heads the portfolio solutions group, which provides Fidelity model portfolios to advisers in all channels.

Goulet said he’s “excited about the intersection of wealth and technology, which enables advisers to serve more households with greater personalization and efficiency.” Married to his college sweetheart and the father of three, Goulet is a long-time local volunteer. “Currently, I review the capital needs of the town’s departments; earlier I headed the long-range waste committee — which is a nice way of saying I oversaw the town dump.”