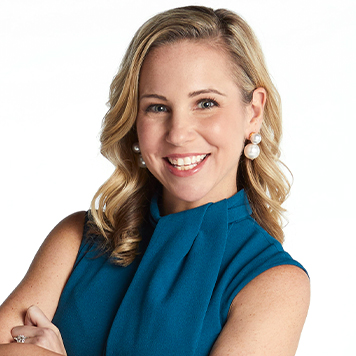 Looking for someone with a high degree of agility, coordination and flexibility? Hire a former competitive baton twirler. Ally Invest undoubtedly noticed those traits, and others, when it recruited Lindsey Bell to be its chief investment strategist and president of its digital advice unit, Ally Invest Advisors. Bell was co-captain of the Golden Girls twirling team at the University of Pittsburgh, where she majored in finance and marketing. After putting down her baton, Bell, 37, worked in investment banking and equity research. A random discussion led to a three-year stint at Jim Cramer’s Street.com, where she managed the founder’s charitable trust and became involved in video content. Let go in a 2013 cost-cutting wave, she took stock. “I realized what I enjoyed was looking at markets generally and then digging down.”

Bell joined S&P (now CFRA Research) as an investment strategist and, after five years, was recruited by Ally last September. She is responsible for shaping the firm’s point of view on investing and the global markets. As part of that mandate she is charged with creating educational content that makes investing easier to understand and execute on the Ally Invest platform. “Most people aren’t saving very much, and we have to do more to give them the knowledge and confidence they need so they can invest for their future,” Bell said.