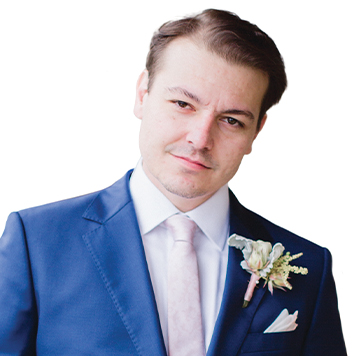 As a competitive rower in high school and at Hamilton College in upstate New York, Rick Bottini, 32, learned how to dig in, work as part of a team and give it his all. That old-fashioned stick-to-itiveness has helped him succeed as an adviser at the nation’s largest wirehouse — a segment of the business known more for its established senior advisers than its rising stars. Determined to become an adviser upon college graduation in 2011, Bottini “applied to every training program at every firm, and all 12 said no — they thought I was too young to handle it.”

Sheer doggedness won him a spot in Merrill’s three-year program, and he realized that at the tender age of 22 he had to “work a lot harder than everyone else to learn the profession and earn people’s trust.” After a few years, Bottini and another adviser in his New York City office decided to team up. Since 2016, the duo has grown to an 11-person team managing $520 million. When not building his business, Bottini spends time with his 7-month-old child, and coaches and mentors young advisers at his firm.